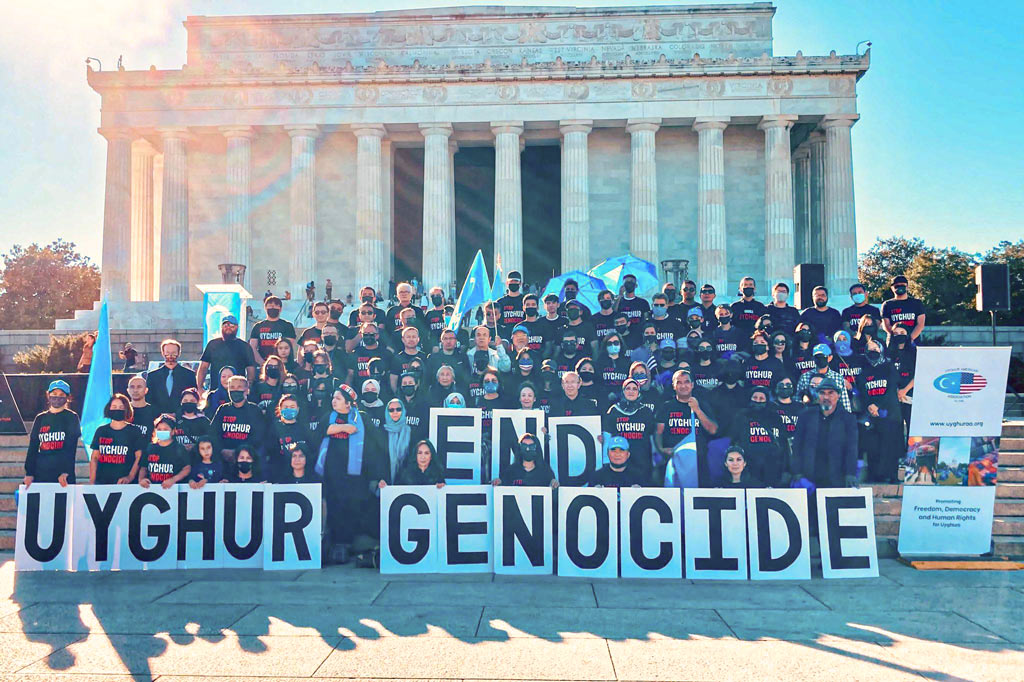 On October 1st, 2021, Uyghurs and their supporters organized a rally in front of the Lincoln Memorial, calling on the world to condemn the Chinese Communist Party for its horrific policies of cultural and physical genocide.

Uyghur and Kazakh survivors of China’s concentration camps told the horrors that they faced in the hands of the CCP.

Elected officials, different faith leaders, and Uyghur community leaders came together to voice their support and to urge the world to stand against the CCP by advocating the Uyghur issue.

The event was organized by Uyghur Human Rights Project and Uyghur American Association.

All of the photos were taken during the rally on October 1st, 2021 in front of the Lincoln Memorial in Washington, DC. Mihrigul Tursun, a Uyghur survivor of the concentration camps in China.