“It is time for the government of China to stop holding innocent religious figures in captivity merely for peacefully protesting China’s occupation of Tibet.” 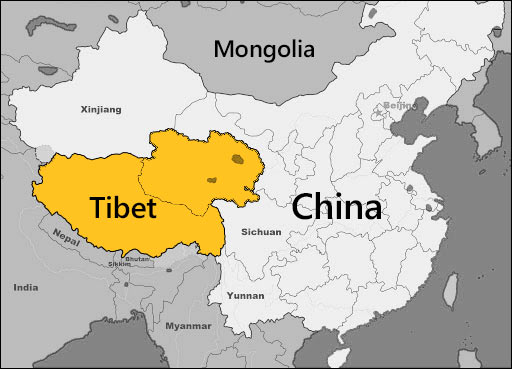 Made up of three parts, Utsang, Kham, and Amdo, Tibet was once a sovereign nation until the CCP invasion in the 1950’s. The current map of Tibet under the People’s Republic of China (PRC) only contains Utsang, and parts of Kham. The original region of Amdo was changed to Qinghai after the Chinese takeover of Tibet. Tibet at a glance:*