Captive Nations Week is an annual official observance in the United States aimed at demonstrating solidarity with the “captive nations” under the control of authoritarian governments.

The week was first declared by a Congressional resolution in 1953 and signed into law (Public Law 86-90) by President Dwight D. Eisenhower in 1959. Every successive U.S. President has declared the third week of July to be Captive Nations Week.

Diasporas from undemocratic countries participate in events of the Captive Nations Week to draw public attention to problems with democracy and human rights in their respective home countries.

During the Cold War, events of the Captive Nations Week have sometimes been attended by US Presidents, mayors and governors. In 2019 Marion Smith, Executive Director of the Victims of Communism Memorial Foundation, has called for a resurrection of the Captive Nations Week because of a number of countries like China, Vietnam, North Korea or Laos still dominated by authoritarian and totalitarian Communist regimes.

FULL TEXT OF THE 1959 JOINT RESOLUTION

[s. J.Res. Ill] Providing for the designation of the third week of July as “Captive Nations Week”.

Whereas the greatness of the United States is in large part attributable to its having been able, through the democratic process, to achieve a harmonious national unity of its people, even though they stem from the most diverse of racial, religious, and ethnic backgrounds; and

Whereas this harmonious unification of the diverse elements of our free society has led the people of the United States to possess a warm understanding and sympathy for the aspirations of peoples everywhere and to recognize the natural interdependency of the peoples and nations of the world; and

Whereas the enslavement of a substantial part of the world’s population by Communist imperialism makes a mockery of the idea of peaceful coexistence between nations and constitutes a detriment to the natural bonds of understanding between the people of the United States and other peoples; and

Whereas since 1918 the imperialistic and aggressive policies of Russian communism have resulted in the creation of a vast empire which poses a dire threat to the security of the United States and of all the free peoples of the world; and

Whereas these submerged nations look to the United States, as the citadel of human freedom, for leadership in bringing about their liberation and independence and in restoring to them the enjoyment of their Christian, Jewish, Moslem, Buddhist, or other religious freedoms, and of their individual liberties; and

Whereas it is vital to the national security of the United States that the desire for liberty and independence on the part of the peoples of these conquered nations should be steadfastly kept alive; and

Whereas the desire for liberty and independence by the overwhelming majority of the people of these submerged nations constitutes a powerful deterrent to war and one of the best hopes for a just and lasting peace; and

Whereas it is fitting that we clearly manifest to such peoples through an appropriate and official means the historic fact that the people of the United States share with them their aspirations for the recovery of their freedom and independence: Now, therefore, be it. 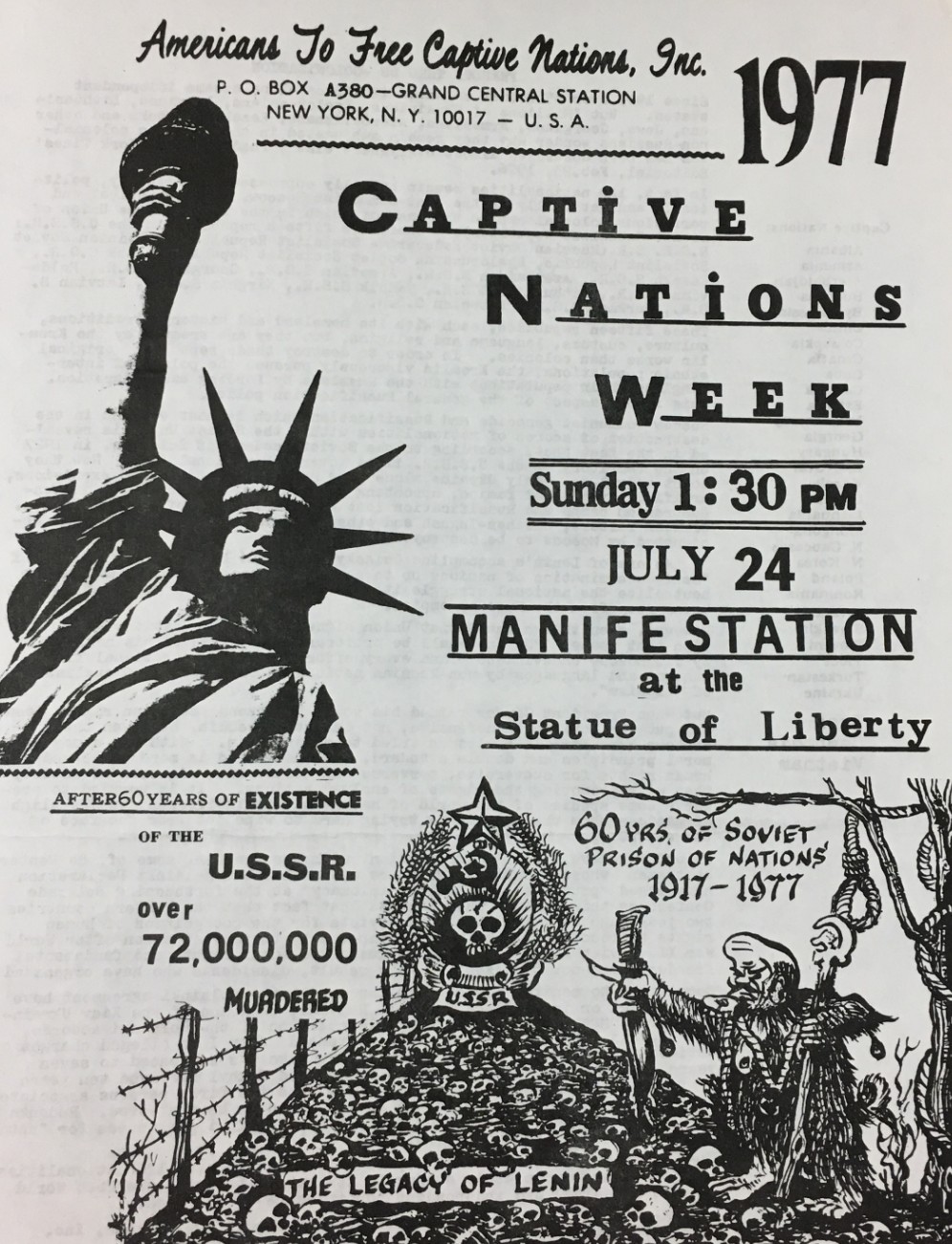