China’s Dream, The World’s Nightmare: How the Chinese Communist Party is Colonizing and Enslaving the Planet

The First Annual Status Report on the Belt and Road Initiative by The Captive Nations Coalition of The Committee on the Present Danger: China 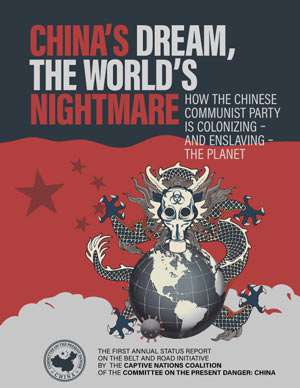 Our panel of experts discusses the magnitude of the threat posed by this initiative and the larger goal of Chinese world domination.

This report investigates what amounts to a massive campaign by the Chinese Communist Party (CCP) to achieve world domination by building an empire through massive debt-trap financed overseas investments and commercial transactions. Unbeknownst to most Americans, this Silk Road restoration campaign – which has been dubbed the Belt & Road Initiative (BRI) by its prime sponsor, CCP General Secretary Xi Jinping – is currently underway to various degrees in at least 140 of the world’s 193 countries

The Belt and Road Initiative is a prime example of imperialism achieved by using China’s ability to extend massive loans – thanks in no small measure to financing from US and other Western capital markets – to many poverty-stricken and/or corrupt countries at high risk of defaulting on such loans. When countries cannot make their loan payments, the PRC takes ownership by various means of the infrastructure thus financed and/or valuable land, natural resources, and even the sovereignty of these distant lands. Thanks to the colonial BRI campaign, a tactic of the CCP’s unrestricted warfare, China is rapidly extending its territory, power, and influence on a truly global scale.

The BRI is a prominent feature of Xi’s so-called “China Dream” – his aspiration to return to what the Chinese Communists insist is their nation’s rightful place as “the Middle Kingdom” and “the center of the universe.”  Understanding the magnitude of this effort and its successes and failures to date is essential to the situational awareness vital to America’s geostrategic interests, economic competitiveness, and national security.

This analysis of the Belt and Road Initiative has been undertaken by members of the Committee on the Present Danger: China’s Captive Nations Coalition under the leadership of its Director, Se Hoon Kim. It provides insights, factual information, and relevant data concerning the status of the BRI in a representative sample of 21 countries drawn from every region of the world. It also illuminates the dire consequences for countries that default on Chinese BRI-related loans. 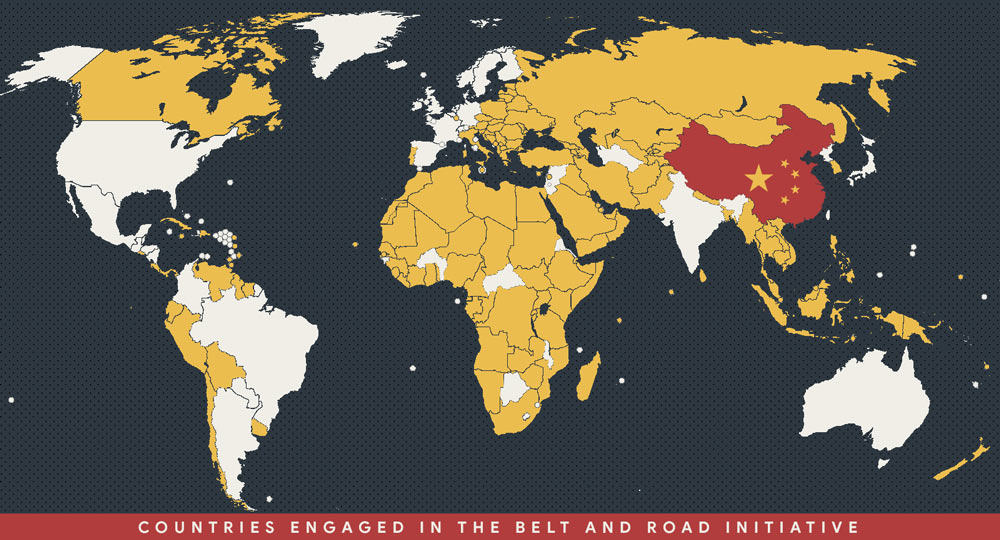 To complete its assessment of the BRI, China’s Dream, the World’s Nightmare draws on direct testimony from those most harmed by the Chinese Communist Party – namely, those who have been enslaved by it: freedom-fighters and other citizens of the PRC’s “captive nations.”

Captive nations in the context of this report are those once-independent countries that have been taken over and occupied by the PRC through military force or other means. They are now ruled and brutally repressed by the CCP, which is the PRC’s governing and only political party.

Included in the CCP’s captive nations are those who hail from Southern Mongolia, Tibet, and East Turkestan. Additionally, Taiwan, an independent nation claimed by China, is oppressed internationally by the PRC and shunned by a majority of the international community seeking to appease China. Most recently, Beijing has taken Hong Kong, an internationally protected democratic autonomous region of China, and flaunts its aggression on the world stage with hardly a peep of international opposition.

The CCP insists on absolute loyalty to the Party and secures it by all means necessary. The CCP pits socialism against capitalism and atheism against belief. The state is elevated above all else and the people are servants of the state. People are valued, not on the basis of sacred dignity and as individuals imbued with natural rights but based on their utility to the state. 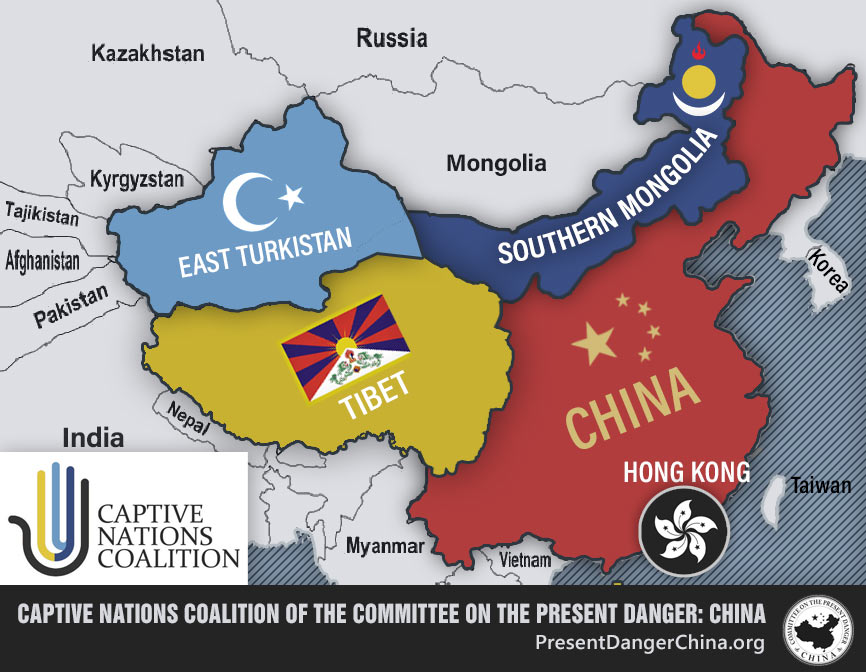 As a result, the people and lands of the CCP’s captive nations have been raped, murdered, pillaged, and plundered for the PRC’s gain. The Party has relentlessly waged “cultural genocide” against their history, traditions, languages, and beliefs. Millions of the CCP’s victims are even-now held in what the Chinese deceptively describe as “re-education centers.”

In fact, many human rights organizations and world leaders have called them what they are: modern-day “concentration camps” and slave-labor factories. In addition, in June 2019, an international China Tribunal found China to be criminally liable for its industrial-grade organ transplant operations which harvests them from unwilling political and religious prisoners.

Brave and outspoken family members and survivors who have escaped this brutal, authoritarian regime, to safer lands nonetheless find themselves and their loved ones unceasingly stalked and threatened by CCP operatives. Their communications are surveilled. Their faces, DNA, and movements are recorded, tracked, and traced. They have no freedom, even in the free countries where they’ve sought refuge.

BRI imperialism, seen through the lens of citizens or dissidents of captive nations, reveals grave concerns for those in danger of becoming captive nations of the CCP—BRI Entrapped and those at risk of being seduced by the CCP’s enticing invitation to enter into high-dollar deals.

As these pages document, high-risk, high-cost loans made available through the BRI for infrastructure improvements, network upgrades, and other critical national support systems come with insidious “strings” – contractual obligations to transfer land, infrastructure, and other assets and even national sovereignty to the PRC should the loan recipient default on repayment.

The Captive Nations make clear that the Chinese Communist Party’s Belt and Road Initiative is a threat to the United States and the rest of the world. This report is designed to help document that reality and encourage truly global efforts to secure its unraveling.

Activists call out US broadcaster of Beijing OlympicsAug 10, 2021

Warren Rothman Tells His Harrowing Story of Being Detained and Beaten in a Black Jail in ChinaAug 10, 2021