WASHINGTON, D.C.—The Committee on the Present Danger: China (CPDC) and its Captive Nations Coalition (CNC) are releasing today a powerful new indictment of the world’s largest Transnational Criminal Organization: the Chinese Communist Party (CCP). The report, entitled China’s Dream, The World’s Nightmare: How the  Chinese Communist Party is Colonizing and Enslaving the Planet, documents the CCP’s success to date in using debt-trap financing, corruption and other coercive techniques associated with its “Belt and Road Initiative” (BRI) to secure access to resources, markets and power-projection capabilities at the expense of targeted nations’ sovereignty, independence and security.

The report examines 17 out of the roughly 140 countries that have become to date implicated in and, in many cases, enslaved by the BRI and contrasts them with the experience of five Captive Nations of the People’s Republic of China. These actual or incipient Captive Nations are drawn from every region of the world and, taken together, their stories constitute a chilling snapshot of Beijing’s ominous and dynamic effort to dominate the world.

China’s Dream, The World’s Nightmare’s release comes as a new poll indicates overwhelming majorities of Americans are concerned about the Chinese Communist Party’s influence on the U.S. government, media and culture. Those concerns can only be intensified by the evidence supplied in this study that the CCP is even further advanced in its efforts to dominate, subvert and control other nations across the planet.

The CPDC’s Captive Nation’s Coalition is sponsoring a webinar tomorrow from 4:30-5:30 p.m. EDT to discuss the findings and policy prescriptions of its new study.

Co-authors of and contributors to China’s Dream, The World’s Nightmare: Frank Gaffney, Dede Laugesen, Se Hoon Kim of the Committee on the Present Danger: China and representatives of actual or incipient Captive Nations including Dr. Oluwasayo Ajiboye, president of Mission Africa International and Julie Millsap, director of public affairs and advocacy for the Campaign for Uyghurs and Baggio Leung, an exile from Hong Kong and former Hong Kong Legislative Council Member.

A briefing on the evidence that the Chinese Communist Party is well on its way to dominating and enslaving nations in every region of the globe – and what can, and must, be done to stave off that fate.

To interview representatives of the Committee on the Present Danger: China, contact Media@HamiltonStrategies.com, Beth Harrison, 610.584.1096 ext. 105, or Deborah Hamilton, ext. 102. 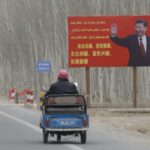 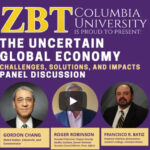 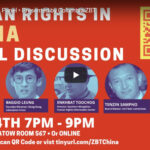 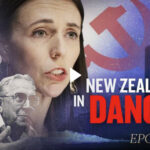 How a Soviet Scam in the 1980s Left New Zealand Vulnerable to Communist China TodayNov 24, 2021