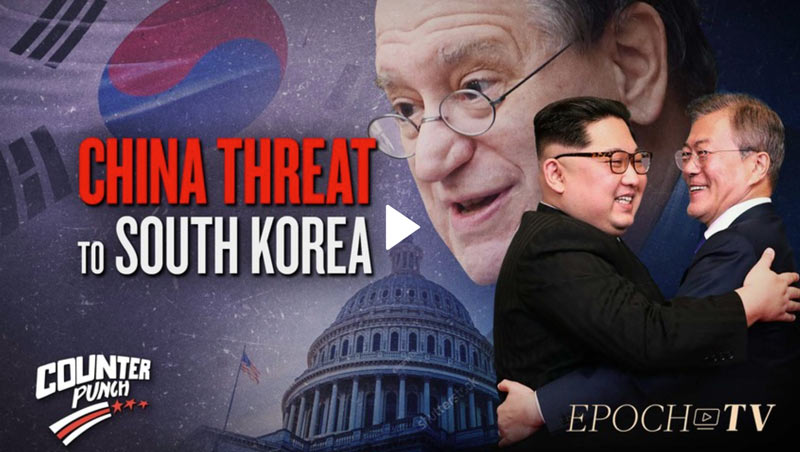 Click here to watch the video at The Epoch Times

The Communist Party of China (CCP) has recently made major threats toward Taiwan, Japan, and India. But as the world focuses on these hostilities, what’s happening to South Korea is being ignored. South Korea is an important ally to the United States, but a bill that’s being proposed in the U.S. Congress could put South Korea in the crosshairs of the CCP and influence the spread of communism in Asia.

Trevor Loudon exposes how America and its allies are being surrounded by its enemies.