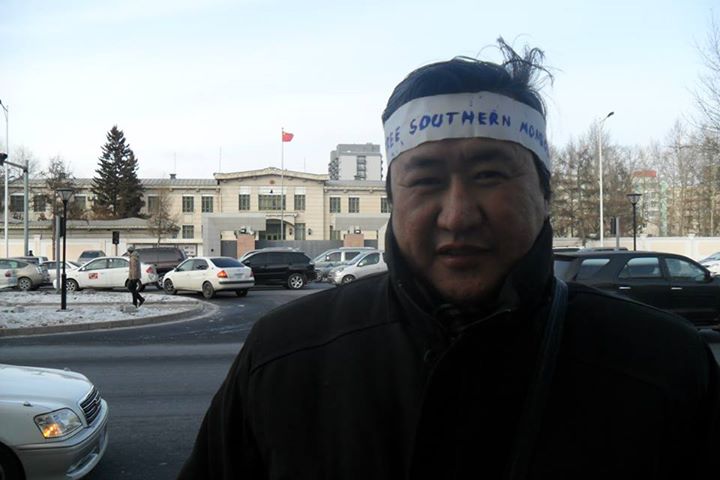 On February 17, 2022 at around 3:00 PM, Mr. Munkhbayar Chuluundorj, a citizen of the independent country of Mongolia who has long supported the Southern (Inner) Mongolian cause, was arrested by the General Intelligence Agency (GIA) of Mongolia in the capital city Ulaanbaatar.

When asked by reporters which country’s intelligence organization Munkhbayar has worked for and what evidence was found to support this allegation, the GIA spokesperson declined to comment.

Munkhbayar’s brother Munkh-erdene told the Southern Mongolian Human Rights Information Center that Mongolian authorities have already started prosecuting his brother behind closed doors. Family members and Munkhbayar’s attorney were forced to sign a non-disclosure agreement with the GIA regarding the case.

“The GIA told me and my brother’s attorney that any disclosure of details of the case would be deemed a leakage of state secrets and would be punishable by up to 5 years imprisonment,” Munkh-erdene told the SMHRIC over the phone. “Even if you reach out to my brother’s attorney, I am sure she will tell you the same.”

Munkh-erdene said family members, relatives, and friends have been denied the right to visit Munkhbayar and the right to attend the ongoing closed-door trial.

Well-known writer, journalist, and human rights activist Munkhbayar has been one of the most vocal critics of the Mongolian Government’s cozy relationship with China and a strong supporter of national freedom for occupied parts of the historical Mongolian nation, including Southern Mongolia, Buriat, Kalmyk, and Hazara. 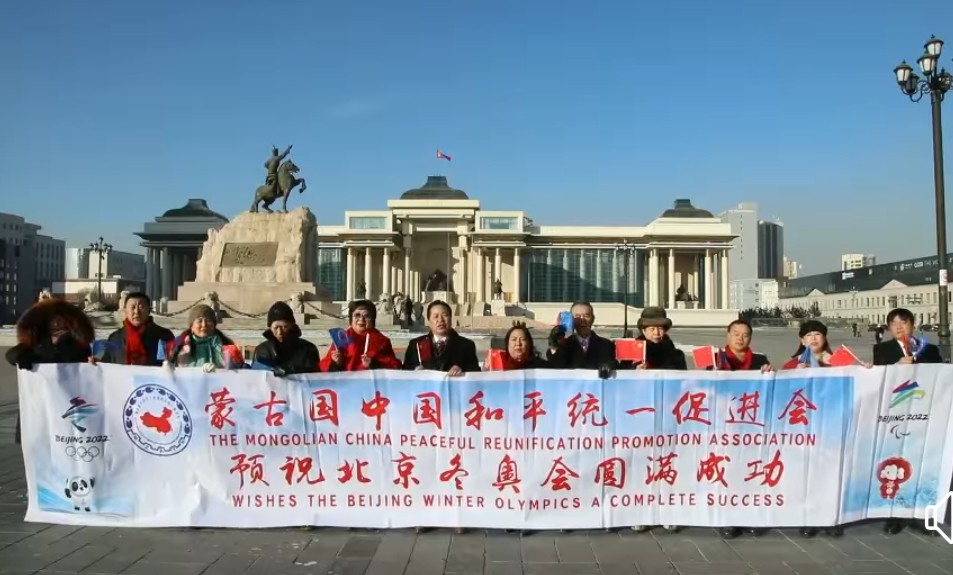 As a staunch advocate for freedom and human rights for the six million Southern Mongolians under the Chinese colonial regime, Munkhbayar organized and attended numerous conferences, meetings, protests, and other events in his home country Mongolia and elsewhere, including the United States and Japan. Critical of the Mongolian Government’s close cooperation with the Chinese regime in persecuting and deporting Southern Mongolian political refugees, Munkhbayar once said in a conference held in Japan by the Inner Mongolian People’s Party that “two governments in the world are most hostile towards Southern Mongolian exiles and violating their rights the most: the Government of China and the Government of Mongolia.”

Most recently, Munkhbayar had been active in demanding the resignation of Mr. Luvsannamsrain Oyun-Erdene, Prime Minister of Mongolia, for his kowtowing to the Chinese and failure to safeguard the sovereignty and independence of Mongolia.

In a Facebook post, Munkhbayar highlighted two main reasons, among others, why Prime Minister Oyun-Erdene has to resign:

“During the Beijing Winter Olympics, Prime Minister Oyun-Erdene said in his meeting with Chairman Xi Jinping of the People’s Republic of China that ‘Mongolia is ready to board China’s express train of prosperity;’ ‘Mongolia is ready to adjust itself to China’s 14th Five Year Plan;’ ‘China is the best neighbor, more valuable than gold;’ ‘[Mongolia] is ready to work with the Chinese Communist Party to learn its way of governing the country;’ ‘making these Mongolia’s guiding principle for foreign policy.’ These statements are posing an existential threat to the independence and national security of Mongolia, implying the annexation of Mongolia to China.

“Recently, a group of Chinese citizens gathered at Sukhbaatar Square in our capital Ulaanbaatar with a long banner reading ‘The Mongolian China Peaceful Reunification Promotion Association.’ Not only did the Government of Mongolia fail to respond to China’s this type of flagrant challenge to our national sovereignty but also Prime Minister Oyun-Erdene himself expressed a similar position to Beijing.”

In another Facebook post, Munkhbayar published his research findings revealing that the “蒙古国中国和平统一促进会” is an overseas Chinese GONGO (government operated NGO) promoting China’s expansionist agenda in neighboring countries, including Taiwan and Mongolia.

“Therefore, we are demanding the immediate resignation of Prime Minister Oyun-Erdene. If he remains in power, our nation’s independence will be lost and all citizens of Mongolia will become slaves of China. We are urging our fellow citizens of Mongolia to join us for the independence and wellbeing of our nation and our people,” Munkhbayar stated in his Facebook post.

Protests of various forms are being organized via social media and in person, demanding the immediate release of Munkhbayar. On February 18, a group of activists gathered before the GIA headquarters and livestreamed their protest.

“No question, Munkhbayar’s arrest was instructed by Beijing and executed by our government,” a protester said on the livestream. “This is a case trumped-up by the authorities to silence those who stand up for the sovereignty of our nation and the freedom of our brothers and sisters in Southern Mongolia.”