WASHINGTON, D.C.— Tonight, the Captive Nations Coalition of the Committee on the Present Danger: China (CPDC), representing those communities most harmed by Communist China’s genocidal crimes, will recognize Enes Kanter Freedom’s activism on their behalf by bestowing on him the 2022 Freedom Award at an event on Capitol Hill. The star NBA athlete has put everything—including his career—at risk to speak out against Communist China’s rampant human rights abuses.

Just last week, in a surprise move, the Boston Celtics traded Mr. Freedom to the Houston Rockets. The Rockets then waived the trade leaving the bold and vocal basketball star without a team. Many in the Captive Nations Coalition believe this shocking development is meant to punish the athlete for his persistent support of their communities in defiance of others in the NBA who have roundly ignored Communist China’s crimes against humanity that have conquered and enslaved entire populations of formerly free countries and autonomous regions. Mr. Freedom believes many U.S. corporations have knowingly, or unknowingly, become foreign agents for China.

“U.S. corporations, organizations and influencers who are not defending the families and communities being methodically exterminated by Communist China are complicit in their crimes,” said Dede Laugesen, executive secretary for the Committee on the Present Danger: China. “They have sold themselves to the Chinese Communist Party and abandoned all moral principles for profit. They defend the CCP —and effectively are enabling its malevolent intent to destroy America—without concern for the people being harmed to date and those in the Chinese Communists’ cross-hairs. Our Captive Nations Coalition is standing with Enes Kanter Freedom against these traitors to America and the free world.”

At the same event, Women’s Rights Without Frontiers will give their Speak to Power Award in absentia to Chinese tennis star Peng Shuai who many believe to be held captive and forced to speak against her will after she bravely accused a high-ranking Chinese minister of sexual assault. Zhang Zhan, an activist attorney who has been imprisoned for boldly reporting on conditions in Wuhan following the initial lockdown of the city in early 2020, will also be recognized. Zhan is rumored to be close to death due to a hunger strike while detained.

“We are pleased to present our first ‘Speak Truth to Power’ award to two valiant Chinese women:  Zhang Zhan and Peng Shuai,” said Reggie Littlejohn, founder and president of Women’s Rights Without Frontiers. “This award is designed to honor heroes who have stood up and told the truth about a powerful enemy—in this case, the Chinese Communist Party—at great cost to themselves. Zhang Zhan and Peng Shuai have paid the price of speaking truth to power, and both are worthy recipients of this award. They are not here to receive their awards because they cannot leave China. They have lost their freedom. I hope one day to be able to present these awards to them in person.”

In the spring of 2021, the Committee on the Present Danger: China and Women’s Rights Without Frontiers teamed up to create the Genocide Games Task Force to oppose the 2022 Beijing Winter Olympics. As the #GenocideGames draw to a close, the task force is encouraged by the response of the American public who have helped make this Olympics the least watched games in history of the organization.

To interview representatives of the Committee on the Present Danger: China, contact Media@HamiltonStrategies.com, Beth Harrison, 610.584.1096, ext. 105, or Deborah Hamilton, ext. 102. 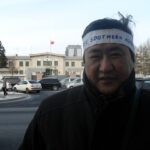 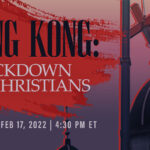