THE CASE FOR DECOUPLING FROM CHINA:
STOP UNDERWRITING OUR ENEMY 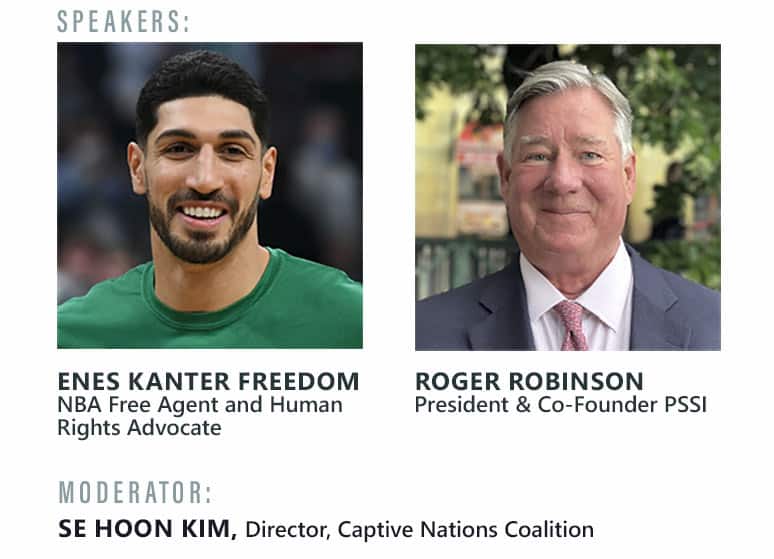 The Chinese Communist Party (CCP) has been known for its tight grip on multiple global fronts, including those of governments and corporate entities. This malign effort is evident through the recent NBA’s decision to essentially oust the former Boston Celtics player, Enes Kanter Freedom, for his criticism of the Chinese regime. The global critics of the CCP are continuing to face pressure as the corporations, in particular, are kowtowing to its political needs.

In the upcoming Congressional Briefing, participants will be able to hear from NBA star Enes Kanter Freedom on his experience of dealing with NBA’s kowtowing to the CCP after speaking up for Human Rights. His testimony will be followed by Roger Robinson, a former Reagan advisor who was the mastermind behind the economic plans that eventually took down the Soviet Union.